Writing can be a long difficult road, and lets face it, writers tend to be hard on themselves.  It's so easy to think only of the things we can't do, the ones we're trying to improve. But lets face it, we're a talented bunch. We all have things we're good at, or areas we've improved since starting to write.

That's why Tara is hosting a Self-Loving bloghop.  Sometime, during the third week of March, you are supposed to share what you're good at or what you've improved at.  That's it. So hop on over and sign up on the linkey-list and in March let's all celebrate our writing talent!

Hey all. Hope you had a great weekend.  I have some links here to start you off to a fabulous week. Or to give you something to procrastinate with as you recover from the weekend and try to switch into productive mode.  What?  I can't be the only one that does that.

First, a great post over at Behler Blog on how to decide how much goes into each chapter.

Next, here is a cool video on how writing is changing the lives of kids in Juvenile detention. it's entitled 'writing saved my life' and was very interesting to watch.

Here is why writers are the worst procrastinators. Rather, we're the worst if you think procrastination is a bad thing.  If you think it's a good thing then we're really the best.  And being the best it good.  No I'm not rambling on just to procrastinate getting back to work. Fine, on to the next and last link.


Finally, here is 20 things that mentally strong people don't do.  Procrastination isn't listed so I think writers are safe.

Hope you all have a great week!

The worth of a goal

Author and teacher extraordinaire, Barbara Rogan has a post here in which she talks about a study recently done on authors.  In her post Barbara says:


My advice to aspiring fiction writers is and has always been that if they can imagine themselves happy doing anything else, they should do it.


This statement wormed its way into my subconcious and brought back out a memory. When my brother, who is an anesthesiologist, was starting at a university and considering the long journey of pre-med, med school, residency, school loans, and such, spoke with many doctors. He asked about the process, if they thought it was worth it, how to prepare for it.  He was told by the doctors, if there is anything else you can do and be happy, then do it.  The long arduous trip was only worth it if you were driven to practice medicine. If it was a calling, rather than an occupation.

It surprised me a bit at first to see the same words applied to writing, but then it made perfect sense.  I've often heard that a writer has to write a million words before they are good enough to get published. I guess those million words are our med-school and residency.  No, writing doesn't save people's lives, but it can save people's souls.

Most, if not all, professions have some sort of training or certification that one has to complete before being able to do the job.  All our training is on the job, and because writing is a solitary pursuit it can sometimes take us a long time to really grow. The pathway to publishing is long, and difficult.  One of the hardest things is how subjective it is.  Even if we practice and write our million words, even if we are very, very good, there is no guarantee that we'll find someone who believes in our book the same way we do.

All in all I agree with the statement, if you are not driven to be a writer, the rejection strewn pathway may not be worth it for you.  I've known others who have given up rather than trying to learn and grow. The reward of being published wasn't worth the work, effort, and rejection received.

We're at the southern end of that storm that's wrecking havoc on the south.  We're fortunate in that we haven't lost power or had any major problems.  We know of others in our area who have and other parts of the country are having a difficult time of it.  Here are a few pictures of the trees around our house glazed in ice. 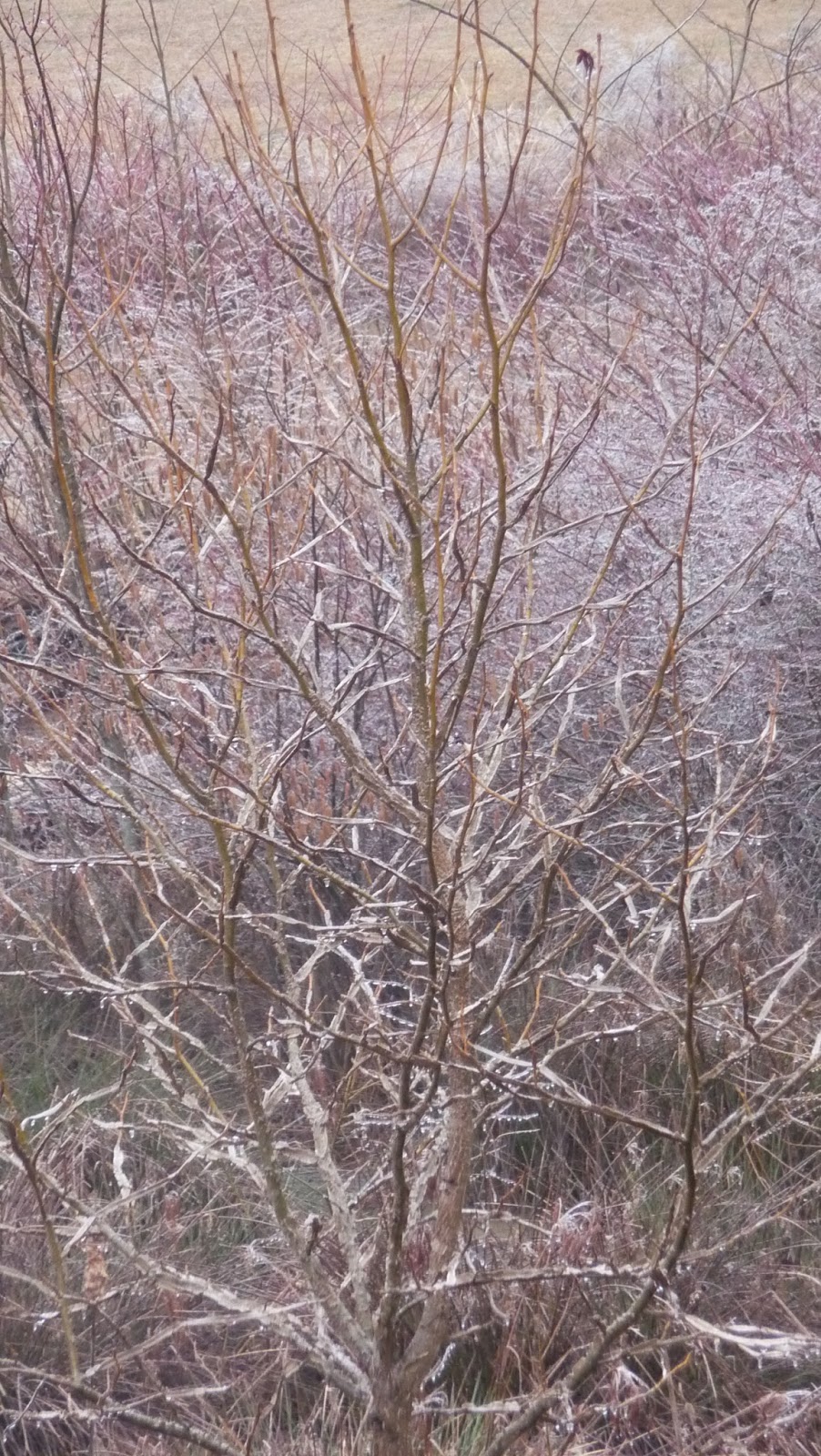 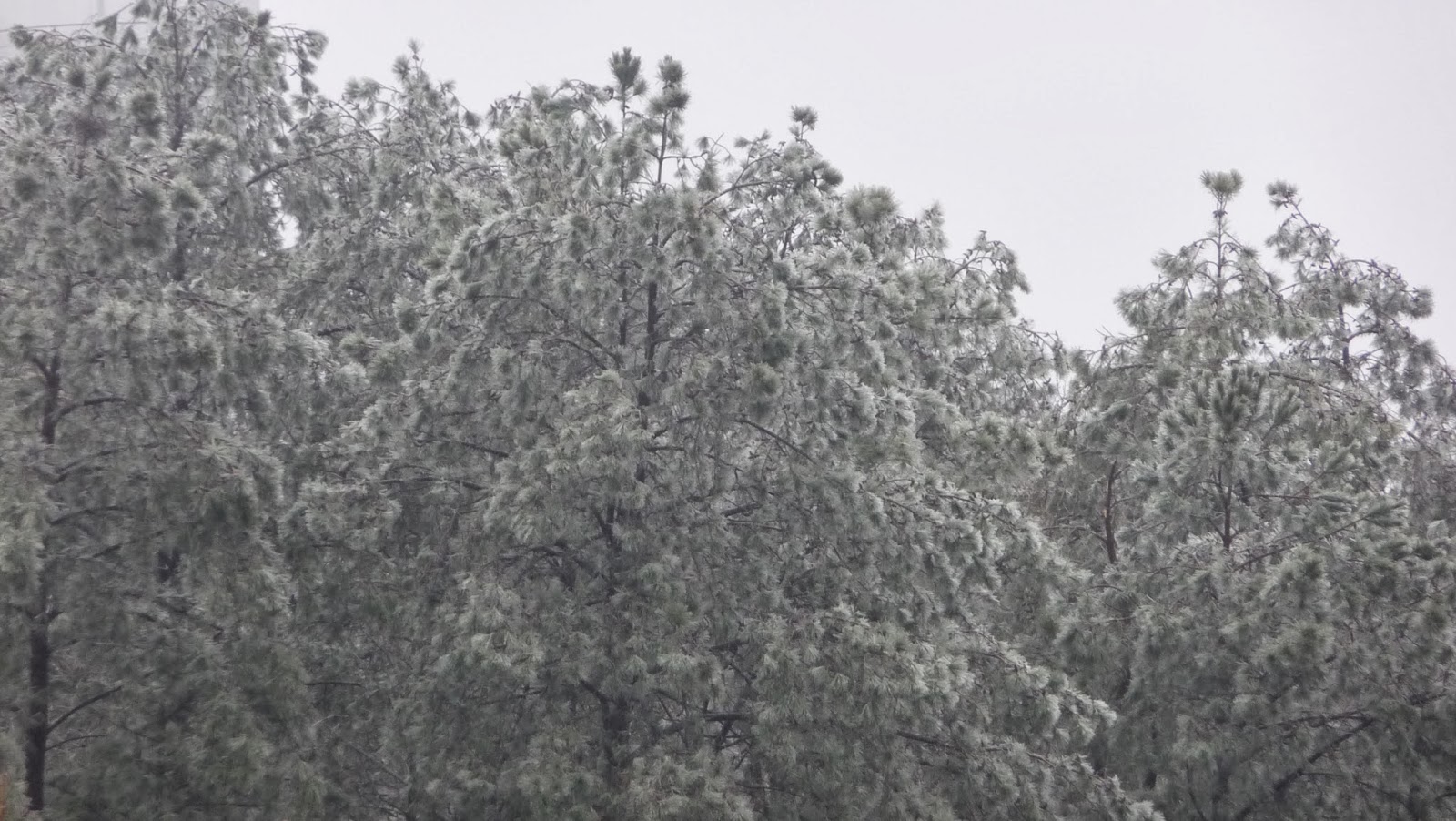 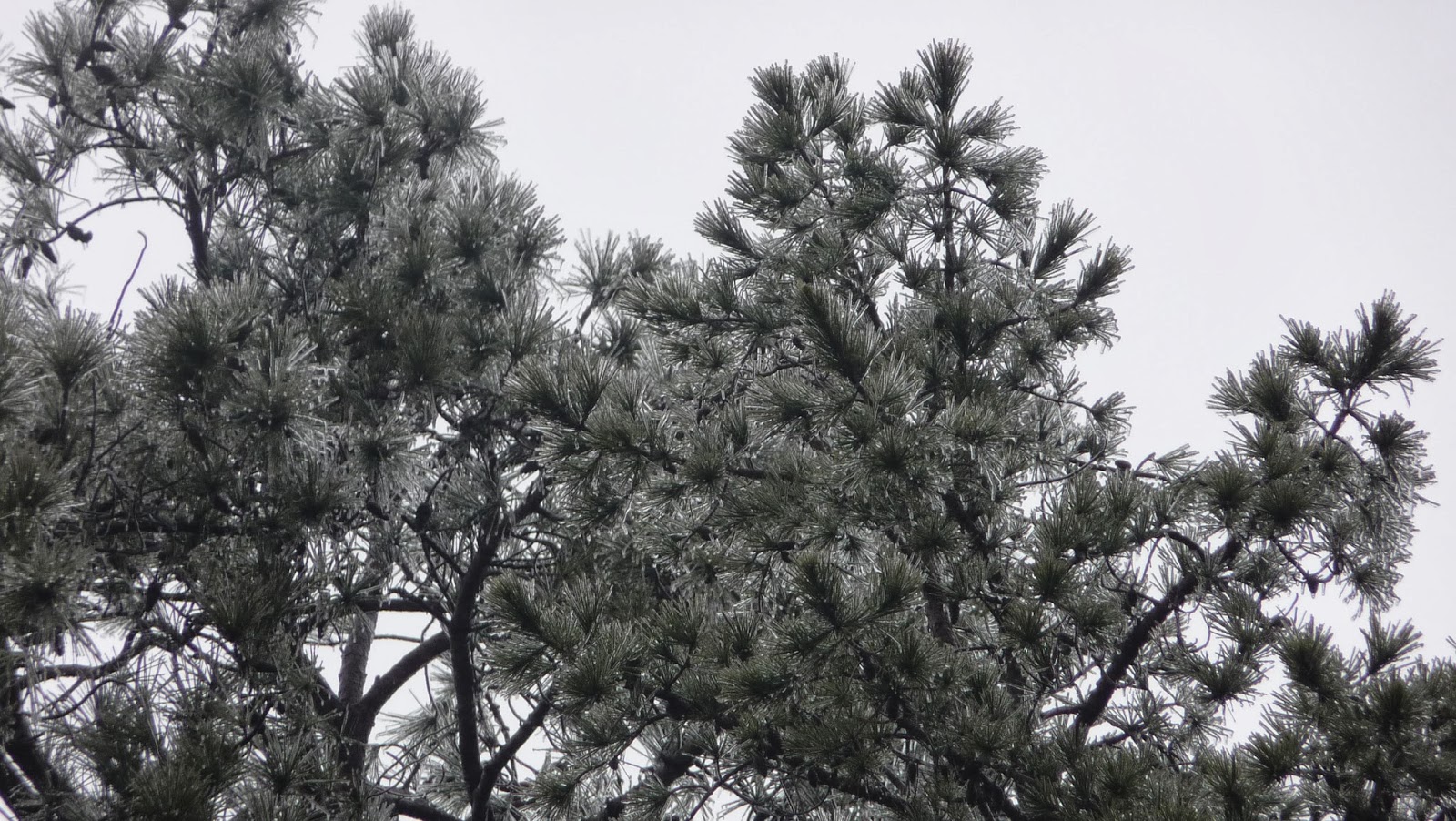 
Someone I know has been reading Dale Carnegie’s book HOW TO WIN FRIENDS AND INFLUENCE PEOPLE and they read this quote to me.

First, Carnegie Quotes Alfred Adler: “It is the individual who is not interested in his fellow men who has the greatest difficulties in life and provides the greatest injury to others. It is from among such individuals that all human failures spring.”

Then Carnegie goes on to say: “I once took a course in short-story writing at New York University, and during that course the editor of a leading magazine talked to our class.  He said he could pick up any one of the dozens of stories that drifted across his desk every day and after reading a few paragraphs he could feel whether or not that author liked people. ‘If the author doesn’t like people,’ he said, ‘People won’t like his or her stories.’”

As writers we are analyzers of people, of emotions. We take that information, break it down, then rebuild it in a fictional setting. The trick is making sure to build it realistically. Have you ever read a book and thought “wow, that author must not like people”? I have, and those books aren’t comfortable to read. It’s like looking at life through a veil of frustration and discontent.

Our work is people. Our work is knowing them; what makes them tick, how they think. How can we do that if we don’t like what  we’re studying? It would similar to someone with arachnophobia trying to do a study of Tarantulas. They wouldn’t like them enough to get near them, or care enough about them to be detailed. Why would people want to read our stories if we don’t like what we’re writing about?

We often hear of the reclusive writer, and indeed many of us would probably prefer to stay behind our computers writing than go out and lead a parade.  But that doesn’t mean we don’t like people. In fact, I would be willing to bet that writers, even the most reclusive of them, are avid people watchers.

The person who read that quote to me did so because they worried I would never be a great writer. I was a little surprised. I may never be a great writer but it won't be because I don't like people. I do. But because I prefer to be at the back watching them, rather than performing in front of them. I would guess that this is not uncommon among writers or other artists.

So if you want to be a good writer, learn to like people. That doesn’t mean you have to be center stage, but it does mean you need to spend time among them.  And who knows, the next time you go to that activity you thought about ditching you might just end up with a great story idea.

Hey all, hope you had a wonderful weekend!

I have a question for you.  I'm struggling with part of my current WIP. I have some people who are a little snarky and a lot condescending. They are supposed to be mean to my MC but I'm having trouble coming up with the right attitude and words.  Basically I want them to deliver comments that sound almost like compliments, but are really completely insulting.  Does anyone know of novels (or TV shows for that matter) that have that kind of character I can read to get into the mood and  get ideas? I guess I'm glad that I'm struggling to write mean people, but it will make for a pretty boring book if I can't get it figured out.

And here's a bonus link to a post about satisfying endings.  Hope you enjoy!

Edited to add: I forgot this link for ten signs you just might be a writer. I resembled quite a few of them.
Posted by S.P. Bowers at 7:13 AM 24 comments: