Those of us in the south don't normally get to experience a winter wonderland. I'm sure you've heard about the chaos in Atlanta but here in Macon we did pretty well.  I know that compared to many places we didn't get much snow, just less than three inches, however, the complete lack of preparedness does make any snow a dangerous situation.  The kids I saw playing in the snow were often buttoned into a windbreaker or two over their long sleeve t-shirts with socks over their hands for gloves.  That's what they have for winter clothing. Having moved here from cold weather climates my kids fared a little better.  While the only sled we had was a piece of plastic we had a blast. 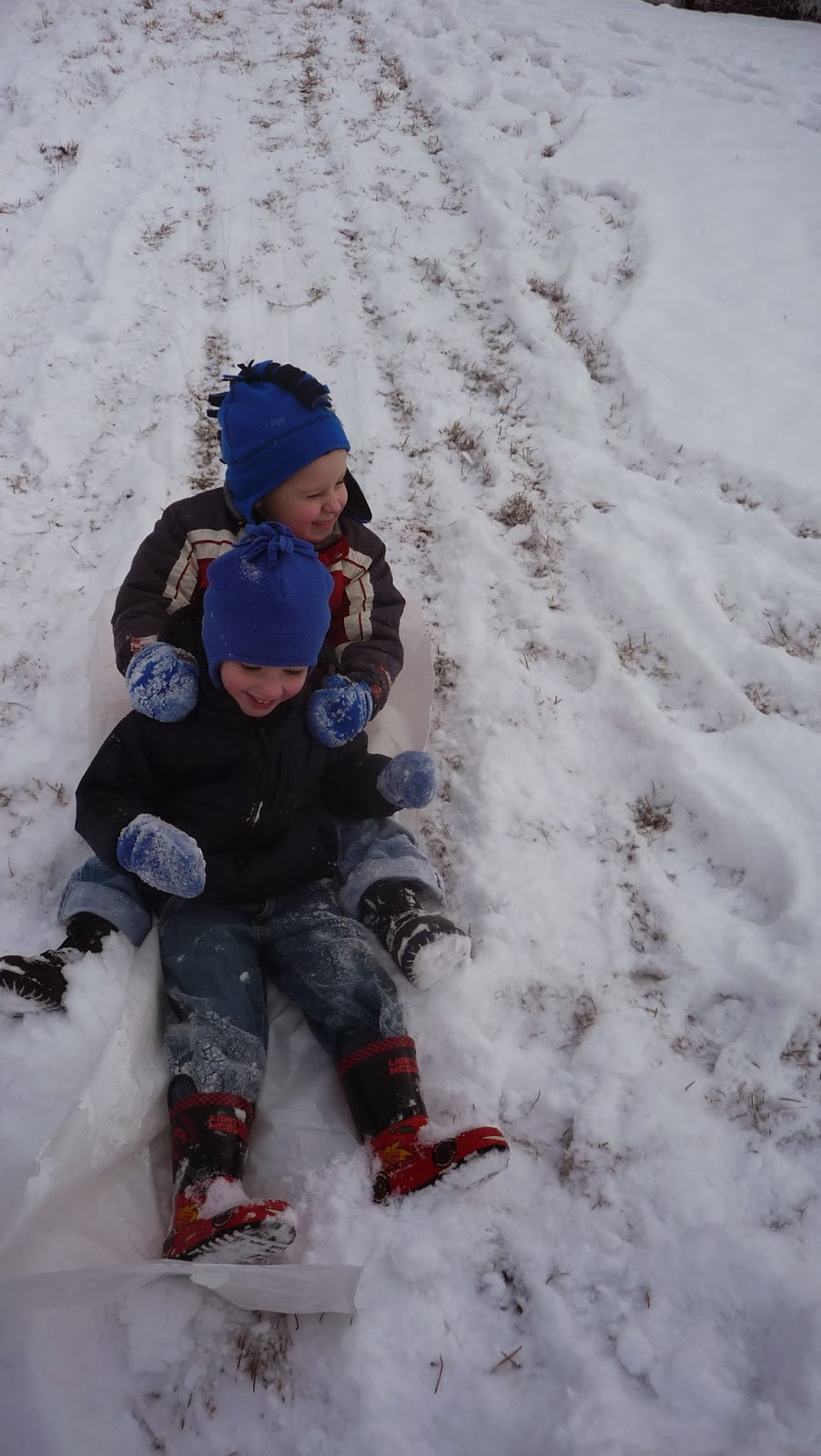 My children love to read. They picked that up from me.  They saw me reading every chance I got, or carrying around a book, just in case I had a spare few seconds.  I also read to them. Constantly. We go to the library every week or two. They've learned that reading and books are important and loved. It's so amazing when I realize I've had an influence on them, that I've been able to make their lives better.

I've also noticed that they tend to pick up on my more questionable habits. (No, putting books before cleaning is not a questionable habit) They mispronounce words I mispronounce. Whine about things I whine about.  I never tried to pass these things on, but it happened anyway because my children were watching.

It worries me sometimes what little things I might be putting into my books without realizing it.  Are there unplanned themes that will be apparent to readers? Overuse of a certain sentence structure? Author intrusion?  I know that my writing is all me.  All the characters are me.  But at the same time, they are who they are.  I've never written an autobiographical character, Never intentionally put family or friends in my books, but are they creeping in anyway?  I guess the only thing I can do, is write the best I know how, and hope that beta readers can call me on the rest.

They say that there are only so many stories, that we have to learn how to tell the story in a new way. In our way.  Only I can write the books I write because others would have written the same story differently. I need to trust that I'm putting in the good parts of me, the ones I want to share, and not letting the rest creep in. No matter how I look at it writing keeps coming back to trust. But that's a post for another time.
Posted by S.P. Bowers at 1:11 PM 25 comments:

I was listening to a podcast that had an interview with a food photographer.  They asked the photographer why she takes pictures of food. The photographer answered "If I could answer that question fully I'd probably stop shooting what I'm taking pictures of".

I've long known that, for me, writing is therapy.  I don't write what I know, I write what I'm discovering, what I'm learning. I write to work through my emotions, my stress, to help me comprehend what is going on and find organization to the chaos of life.

Maybe that's why certain pieces fall flat after awhile, there's no discovery there, nothing to learn, so the novel becomes stale and boring and is eventually left, figuratively dusty and alone, on the dropbox account.

What about you?  Do you write what you know? Or what you want to know?

For those of you who commented on my private shelf at GoodReads question here, I have an answer. I read the manual and finally sent an email asking.  The nice lady who responded said that no, at this point there is no way to make a bookshelf private, but that they are aware that people want them and that it may be coming in the future.

So, there we have it.

I was pleased that they are considering it (provided that it is true and they weren't just being polite). Maybe, if people are interested in private shelves, we should all just email them and express our desires. Maybe that will help us get the future here sooner. Or not. Whatever.
Posted by S.P. Bowers at 12:59 PM 4 comments:


Author Stina Lindenblatt is having a stalking prevention bloghop. Here is where you can find the other participants.

When I was in college my next door neighbor had a problem with a boy.  A boy who wouldn’t leave her alone.  He had secretly taken pictures of her and had them all over his apartment and computer.  He could be found lurking around and looking through her windows at all times of day or night. And in general just creeped her out.

I’m ashamed to admit, but the first time she told me about this situation, I wondered if maybe she was exaggerating just a little.  We listened and consoled her, agreed that it was freaky, scary, and that she should be careful.  We all tried to be alert and keep our eyes open, but otherwise we just went about our lives and homework.  It didn’t seem like such a big deal.

Even now I can remember the terror in her eyes, and the way she trembled when she spoke of it.  She tried to get out of her contract with the apartment complex. They didn’t believe her about the stalking and refused to let her out of the contract. Without that she couldn’t afford to move somewhere else.  The police wouldn’t issue a restraining order because there was no reason to believe her safety was in danger.  He just liked her a lot. Right?

As far as stalking goes, it was a pretty mild one. Mostly because her father, worried about her situation, drove across two states, packed her up, paid out her contract at the apartment and took her somewhere safe.  I don’t know what would have happened if he hadn’t done that. Maybe nothing, maybe something.  But I do know that no one deserves to live with the fear she had been living with.

Looking back as an adult and as a mother I wish I would have done more.  I wish I would have known more.  I didn’t know how serious something like this could become.  But ignorance is no excuse.  Ignorance only allows things like this to continue. I hope you all visit the other bloghop participants.  Some of them have information that could be useful if you, or someone you love, are ever in this situation.  Please, don’t blow it off like I did.  Educate yourself so you can protect yourself and others.
Posted by S.P. Bowers at 2:20 PM 21 comments:

Everything but the kitchen sink....


Hey, all. I hope your holidays and new year were spectacular.  We started out on a bit of a wrong foot when the internet and furnace stopped working on the same day last week. The internet was out for a couple days and while I know the furnace is more important, I think I missed the internet more.

Our outages did make it a little hard to get back into the swing of things and I’m still trying to adjust back to 'normal' life.

Are any of you proficient on GoodReads?  I'm wondering if there is a way to make a bookshelf private. I want to use the bookshelves to make a list of the books I own, but don't necessarily want to make that viewable by the public.  Anyone know?

Here there is a post and an interview with someone who did an experiment regarding Genre and Platform.  It was pretty interesting and I'd love to know what you think. Are some genres more popular than others? How important are platforms?

Here we have 10 of the greatest essays on writing.  Honestly, as I'm still catching up, I haven't finished all of them so I can't say whether or not I agree with their being the best, but I plan to find out.
Posted by S.P. Bowers at 1:48 PM 31 comments: